Want to try computer animation, but not sure if it's right for you? Come along to an Animation Taster Day in London on Wednesday 13th September and Wednesday 27 September.

Animation Taster Days are a chance to learn about character and creature animation, and find out what an animator's job is all about.

The classes take place at Escape Studios in Shepherd's Bush, West London. You will work with Autodesk Maya and the Adobe Creative Suite, and you’ll get a hands-on introduction to 3D Animation techniques, all for just £25.  By the end of the day you'll have your own piece of animation uploaded to your YouTube channel.  So, how do you sign up?

Josh Sobel is an excellent rigger and animator who has brought animation students a number of excellent rigs, including the excellent Kayla rig, and also the very useful (and free) Bonnie rig.

He has now released a completely new rig - "Arc the Dragon", which isn't free, but is priced at a very reasonable $18.

Check out our latest animation and VFX demo reel here at Bucks. This is our latest showcase of student work, and reflects the huge leap in both the quality and quantity of animation and visual effects work that has been going on at Bucks in recent years. Congratulations to all our graduating students, and to Rob Penhaligon and Sydney Padua for their sterling efforts to keep raising the bar at Bucks.  An animator's demo reel is never done. It is a constant work-in-progress, always being refined and updated to showcase your best work. Above is a compilation of some of the best animation that has been done at Bucks over the past year.

About Animation at Bucks

Curious to know more about studying animation and VFX at Buckinghamshire New University? The video above gives a general introduction to the undergraduate course in animation and VFX at Bucks, including interviews with our tutors. To find out more about the experience of studying with us, search through the blog to see what we're all about. We highly recommend that prospective students come and visit us at one of our Open Days. If you can't make it in for a visit, don't forget to take a virtual tour of one of our animation studios, and you can also check out what our students think of our course, and see why we're ranked in the top 12 creative universities in the UK.


Check out the excellent demo reel of Bucks Animation graduate Anton "Alfy" Alfimenko. Anton graduated from Bucks last year, and immediately found work in the industry in London, securing a work visa as well as the start of a career in animation and VFX. Congratulations to Anton on his excellent work, and on his job working as a Motion Designer at Bleacher Report.
Posted by Alex Williams' Animation Blog at Monday, August 07, 2017 No comments: 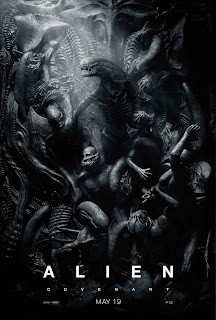 How To Prepare For Our Online MA In September

What kind of preparation should students do before starting with us with our Online MA in 3D Animation in September? It's always good to do a little preparation and get a bit of a head start.

Below is a brief list of stuff to get you under way. You don't have to do all of it, but tick off a few of the things on this list and you will be a making a great start on your animation career.

First, here is a short reading list to get you started. We've narrowed it down to just two key books that we recommend for all our students.