Blue GFX Expo is the annual London showcase for the visual effects industry and the software that drives it, sponsored by (among many others) the software-wizards Autodesk - who make Maya and 3DStudioMax, and much of the other software that we use in the VFX industry.

Housed slightly incongruously in the vast and rambling Edwardian County Hall building on London’s South Bank, the Expo was marvelously hard to find, but highly rewarding to attend.

How to Animate - It's Easy!


animation tutorial part. 1 AKA "the secret of animation" from giovanni braggio on Vimeo.

Above is a very short and very funny video by Giovanni Braggio, revealing the hidden secrets of computer animation. Giovanni explains how easy it is to animate. Forget the complicated business of learning timing and spacing the hard way - you just pick your language, and ask the character to perform for you.

Every year at Bucks we run a free summer school for school-age students who want to pursue a career in visual media and the digital arts. Over the course of a week in July, these aspiring film-makers from all over the country collaborate on a project, learn the nuts and bolts of film-making, and create a film which they can be proud of. In just four days these novice students achieved some amazingly accomplished results. This is their work.

Rob Kelly is a vastly experienced commercials director with a long and varied career in advertising and branding, and has numerous awards to his name. He has also worked as a creative director and graphic designer for some of the top branding, advertising and design agencies in London. We asked him to tell us about his remarkable career - and what brought him to teach here at Bucks New University.

Friday October 25th is the opening night of the London International Animation Festival. We highly recommend that all our students at Bucks attend. Attending festivals like this is a way of finding out what is happening in the industry, what kind of skills are in demand, who is hiring, and what sort of work you might look forward to doing over the course of a successful career in the animation business.

All You Need to Know about Animation at Bucks

Thinking of applying to Bucks to study Animation & VFX? Well, now is a good time to make a decision. All across the country, students are starting to fill out their UCAS forms - still the primary gateway to accessing higher education here in the UK. So, given that there are around 80 courses across the country which offer animation, why choose Bucks? Here are some good reasons why we think we offer the best animation course in the country.

What do studios look for in a great demo reel? 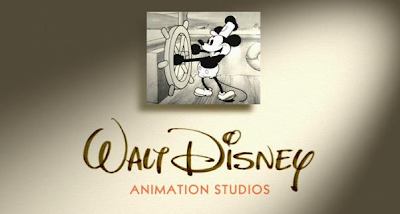 Getting hired is diffuclt in the current climate, and finding that first job can be the hardest leap of all. The most vital thing that every Bucks graduate will leave with is a demo reel or portfolio that showcases their talent and will - hopefully - get them a job. One question that tutors get asked a lot is - what should go into a demo reel? It's a good question.

Below are some excellent notes on demo reels from Jinny Hinkle, a "wannabe animator" who attended Disney's "Inspire Day" in Los Angeles. The rules for demo reels were handed down by Disney but they apply to finding work at any studio.

David Creighton is one of the two Course Leaders on the Animation & VFX Course, and has long been the mainstay of digital media at Bucks New University. A 20 year veteran of teaching in High Wycombe, Dave has done and seen it all.

He can help with pretty much anything to do with animation and visual effects at Bucks; with two decades of experience he knows how the University works (or sometimes doesn't). We asked him to tell us about his work, and what students on the new Animation & VFX course can look forward to.

Mentoring at Bucks - what is it and who needs it?


What is mentoring? and what is a mentor? According to Wikipedia: the original Mentor was a friend of Odysseus. He looked after Odysseus's son Telemachus, acting as his guide and teacher, when Odysseus sailed off to fight in the Trojan Wars. Hence the term mentoring.

At Bucks, mentoring is a way of offering students one-on-one support from (usually, but not necessarily, older) people who have been there, and done that. If you feel like you would like to find a mentor at the university, or have a bit of wisdom and experience you would like to pass on to others, then the man to talk to is Paul Wilcock, who is one of two dedicated staff at Bucks who look after the mentoring program. We asked Paul to tell us what, exactly, mentoring is, and why students might be interested in getting involved.

What is a Portfolio Career? 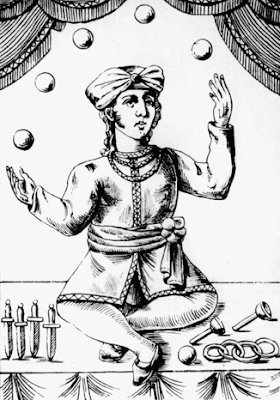 We hear a lot about portfolio careers these days, as the old model of a job for life becomes something that fewer and fewer graduates can rely on. Outside of the public sector, it has virtually disappeared, replaced by a much looser and more fluid relationship between employee and employer.  But what is it, really? Is "Portfolio Career" just a fancy new way of saying freelancer? After all, freelancers have been around for years, haven't they?

Free computers for our freshmen students!


As promised, all of our freshmen students have now been given free laptop computers at the start of the new Animation & VFX course. Of course they are not really free, they were paid for with student tuition fees, but nonetheless we are delighted to be able to give something back to our new students which will help them to become self-sufficient digital artists over the next 3 years.

Can't log in? Password messed up? IT giving you a headache? Check out our IT Quickstart Guide. Keep it by your bedside to solve all your IT problems....