Read more »
Posted by Alex Williams' Animation Blog at Thursday, May 21, 2020 No comments:

The VFX Festival is back. Hosted by Escape Studios, the VFX festival is a celebration of visual effects, animation, games and motion graphics.

For the last seven years the festival has been hosted in London, most recently at the South Bank Centre, but now, for the first time, the VFX festival is going virtual, with online talks and panel discussions.

This week there are two free events, part of the Virtual Series for Schools and Colleges. First up is We Have Lift-Off!: Your first steps to a career in VFX, Animation and Games, which takes place on Tuesday, 19th May at 2pm.  To sign up for the event, follow this link.

Read more »
Posted by Alex Williams' Animation Blog at Monday, May 18, 2020 No comments:

Today at 4pm Oscar-nominated Director, Animator and Character Designer Robert Valley will be making a webinar appearance to talk about his work.

Robert Valley is an animator with a remarkable career that includes hits such as Aeon Flux,Tron: Uprising, Netflix’s Love, Death & Robots and ‘Zima Blue’.

What is the BNU Hardship Fund? 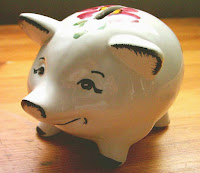 For our students in financial trouble, it's important to remember that Bucks New University does have a Hardship Fund, which is open to all our students.

The fund can provide emergency payments for unexpected financial crises. To find the BNU Hardship fund, which gives discretionary grants, follow this link.

There are also many charities which offer grants and funding for higher education. To find these charities, read this blog post.

Read more »
Posted by Alex Williams' Animation Blog at Saturday, May 09, 2020 No comments:

LinkedIn Webinar on Thursday 7th May

LinkedIn is an important resource for animation graduates; in recent years it has become one of the principal ways in which aspiring animators can get their work notice and - crucially - land that elusive first job in the industry.

Tomorrow Thursday 7 May at 5pm Steve Vasko from LinkedIn is giving a free webinar on personal branding.

Steve Vasko is the Manager of Customer Success at Linkedin and has over 20 years of experience in high tech industries. In this webinar Steve will explain how to build your personal brand at Linkedin - something we recommend all our students do.

Read more »
Posted by Alex Williams' Animation Blog at Wednesday, May 06, 2020 No comments: 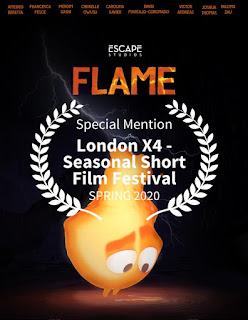 Flame is a short film produced by BNU student Amedeo Beretta, currently studying for our online MA in 3D Animation.

Flame was awarded a "Special Mention" at the LSSFF.

Despite the challenges caused by the lockdown, we're delighted that our student films continue to enjoy growing festival success.

Read more »
Posted by Alex Williams' Animation Blog at Monday, May 04, 2020 No comments:

Free Animation Taster on Wed 6 May

Animation interested in learning the art of 3D animation should sign up for this free online Animation Taster on Wednesday 6 May at Noon.

The class is taught by veteran animator Lee Caller, who is also taking the MA in 3D Animation at Bucks New Uni.

Taster Classes are a great chance to learn about character and creature animation, and find out what an animator's job is all about.  No prior knowledge of Maya - or any software - is required.

Read more »
Posted by Alex Williams' Animation Blog at Saturday, May 02, 2020 No comments: