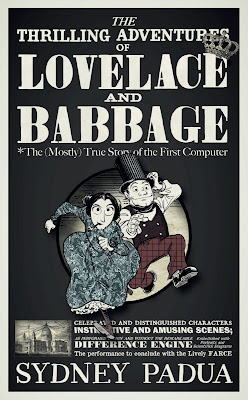 About Sydney Padua
Sydney is a lecturer in animation on the undergraduate animation course at Bucks. Her animation career includes a roster of Hollywood hits, animation classics such as The Iron Giant, and many visual effects blockbusters. Sydney has also published the award-winning graphic novel The Thrilling Adventures of Lovelace and Babbage.

To see more about Sydney's work, you can see her website 2DGoggles here.  Her 2016 graphic novel was The Thrilling Adventures of Lovelace and Babbage, a fantasy re-interpretation of the work of the Victorian computer pioneers Charles Lovelace and Ada Babbage.

To Sydney's film work, visit her IMDB page here.  You'll see animation classics like The Iron Giant and modern VFX hits like Clash of The Titans.

For more on the experience of studying at Bucks New University, come and visit us at one of our Open Days, take a virtual tour of one of our animation studios, check out what our students think of our course, and see why we're ranked in the top 12 creative universities in the UK.
Posted by Alex Williams' Animation Blog at Thursday, May 21, 2020