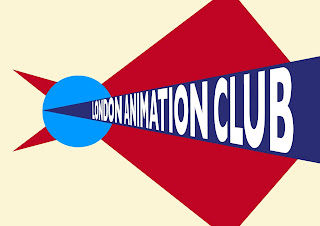 Calling all Bucks animators! Why not come to the next London Animation Club meetup on Tuesday 4th April 2017?

The LAC will be screening a little known animated film titled "Know Your Europeans", in honour (or not) of the UK triggering Article 50 on Wednesday 29 March and announcing its intention to leave the European Union.

More importantly, informal societies like LAC offer the opportunity to meet other London-based animators and find out the latest news and gossip. There isn't a better place to find out who is hiring animators than in the pub over a pint of London Pride.

What is the film about?
Know Your Europeans was John Halas' last film project: a feature film that celebrated the European Union, composed of a series of short films, each about a different European country - and made by a different animation team.

In the end only Bob Godfrey's film Know Your Europeans - UK was ever released. And, only Bob's film, Christoph Simon's film for Germany and the film trailer were ever completed - although several of the others exist in one form or another. This will be the first time all of the various films will be screened together.

Is the London Animation Club at Facebook?
They are! You can find them at Facebook here.
Or paste this link into your browser: https://www.facebook.com/groups/83549374968/

Where and when?
The London Animation Club is being held at 7.30 pm on Tuesday 4th April at the Green Man Pub at 36 Riding House Street, Soho (or possibly Noho), W1W 7EP.