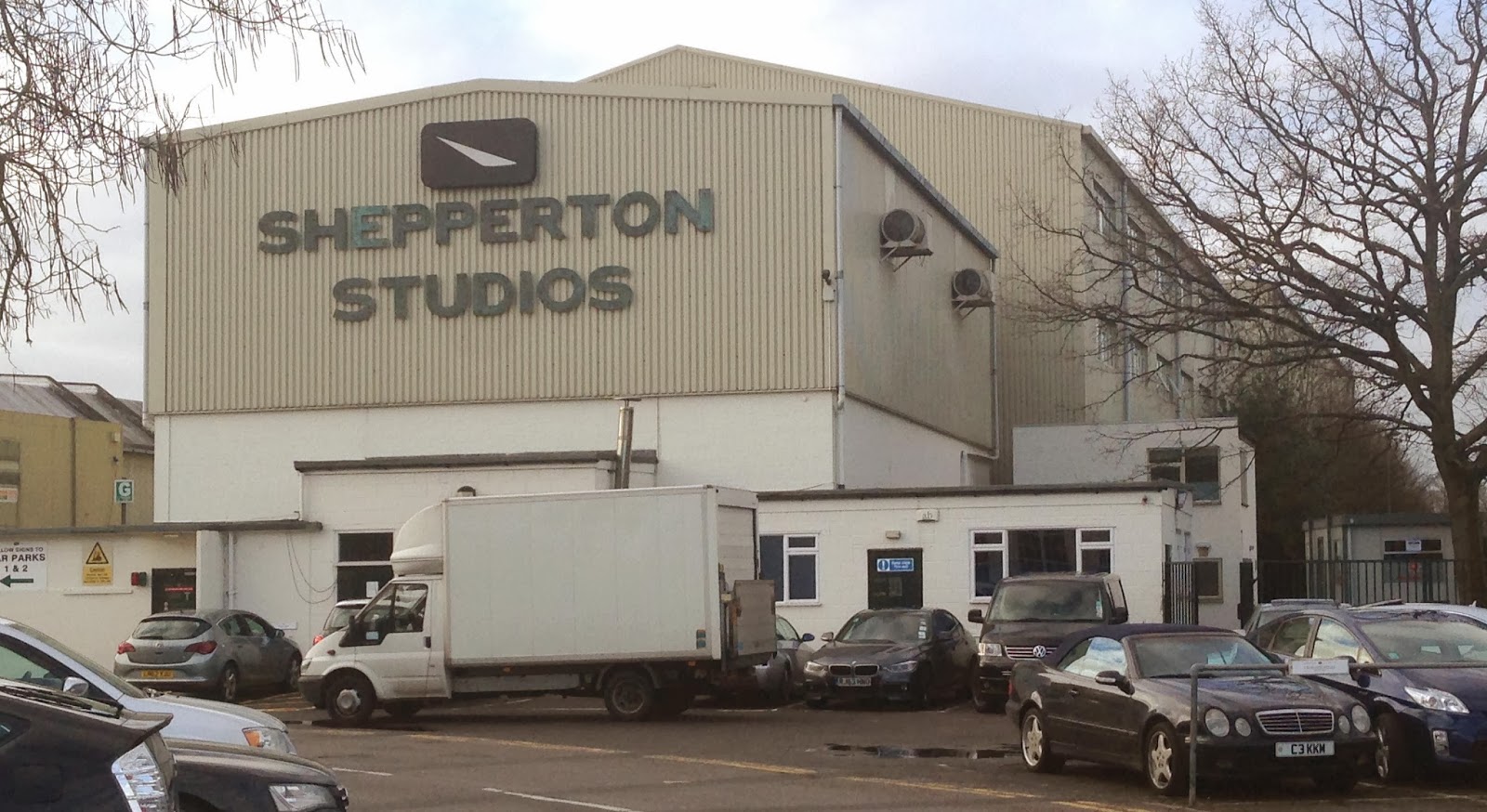 On wednesday our students at Bucks New University visited Shepperton Studios. Being a movie geek, I couldn't wait to visit the place where classic films like Kubrick's Dr Strangelove, The Day of The Jackal,  Ridley Scott's Alien and Attenborough's Ghandi were filmed. I mean, even empty film studios are full of atmosphere; a place to fill the imagination with dreams of stardust. Shepperton did not let us down.

Everywhere you look there is movie history. Even the streets carry the names of the great film-makers of the past. There is David Lean Drive and Peter Sellers Way - all there to remind you that you walk in footsteps of giants.

I spent ten years working in Los Angeles, so being in a film studio isn't a new experience. In fact, I felt right at home in Shepperton. Walking past the sound stages feels a lot like being in a Hollywood film studio - but rather more damp and considerably more grimy. 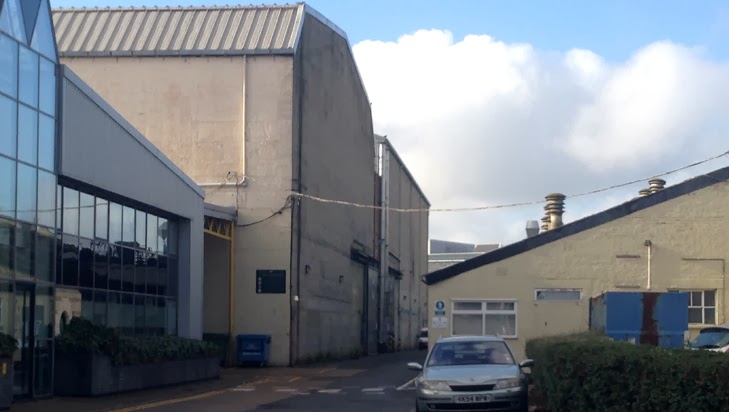 Shepperton also betrays its aristocratic past. Like Pinewood, it was once a stately home, a 17th century mansion named Littleton Park, built by one Thomas Wood. If you drive around the suburbs a while like I did, getting lost, you can see the overgrown remains of grand old gate houses, long disused. And, once you find your way in, Littleton park itself is still there - now playing host to weddings and Bartmitzvahs.

We were at Shepperton to spend the day at Centroid, one of the UK's leading provider of performance capture to the film, TV and games industries. Centroid have just moved here from Pinewood, in pursuit of an even bigger space to deliver their work.

Motion Capture takes up a lot of space. And the more space you have, the bigger the range of motion you can record. We were capturing some dance performances for a student film project. The dancers got into the process fast - obviously having a great time. 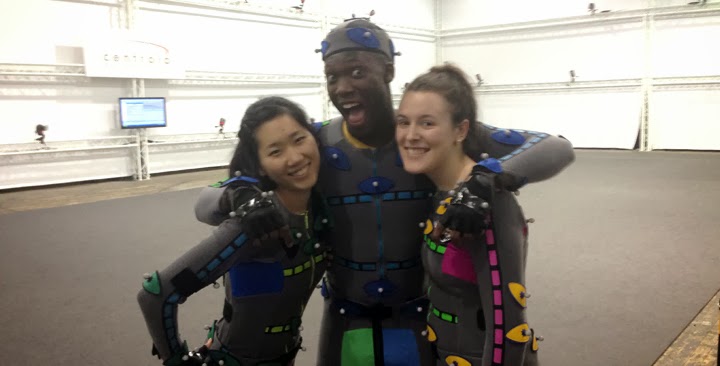 Witnessing this fusion of academic excellence and private sector technology was the senior management team (SMT) of Bucks New University, there to explore possible public/private sector partnerships, and to figure out a way to bring MoCap to Bucks in a practical way that everyone can use. After all, it's not just about animation: performance capture can be used for sports, motion analysis and dance - it's a very flexible tool.

Centroid have now entered into an official partnership with Bucks. In the spirit of this cutting-edge new co-operation, we managed to persuade our animation students better to pose with our fancy new poster.

Even the SMT were persuaded to pose for a photo opportunity. 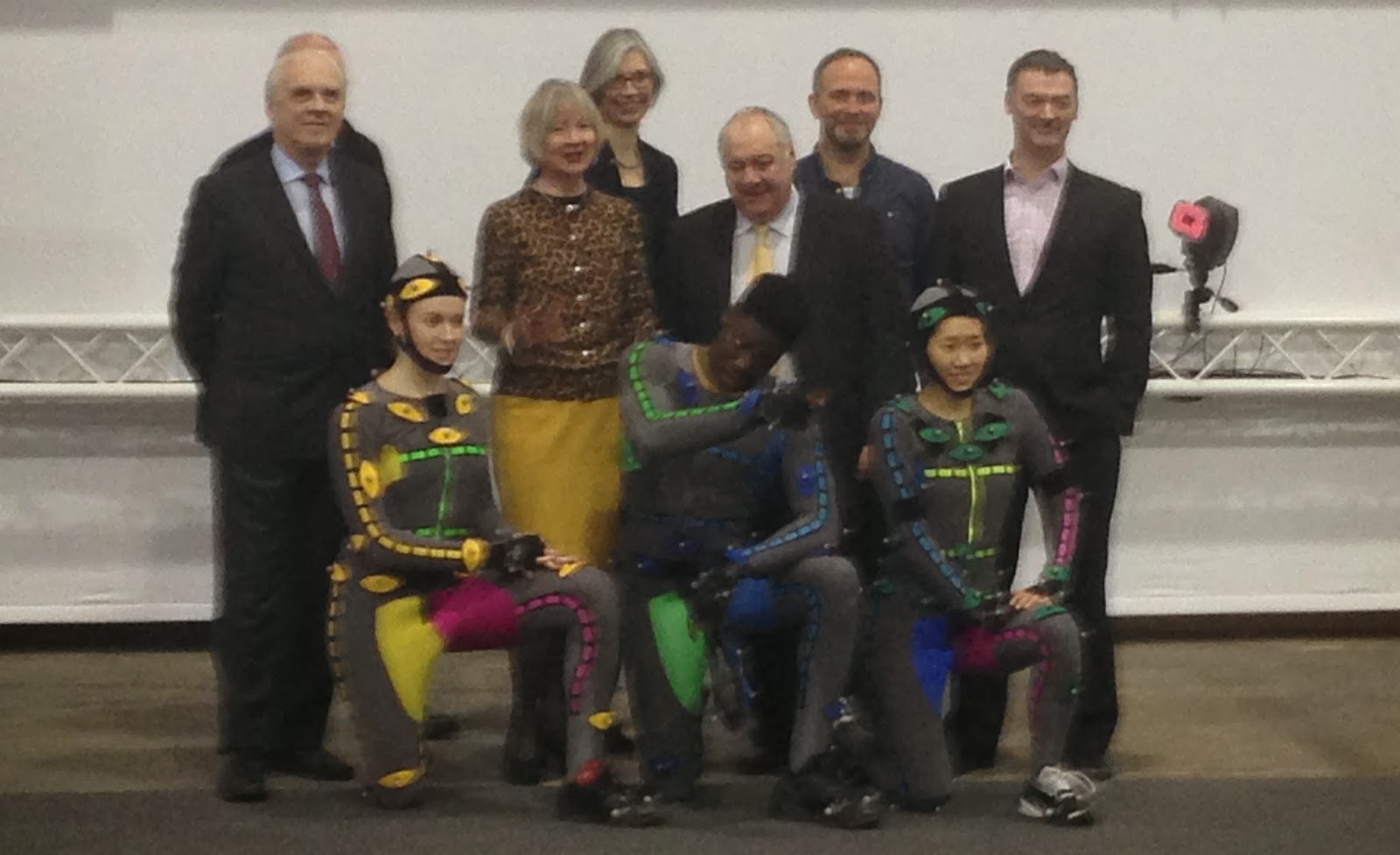 On the left is Deputy Vice Chancellor Derek Godfrey, Vice Chancellor Ruth Farwell, and Shan Waring, Pro Vice Chancellor. On the right is Frazer Mackenzie, who is our head of School. Sadly we didn't manage to persuade any of them to clamber into a motion capture suit, which would have been fun. Mysteriously they all forgot to wear their leotards and old sneakers.


For more about how Motion Capture works, check out this post about our trip to Pinewood in December 2012. And for even more tecchie detail, read this post about the new system we have just installed in the green screen space at Bucks.