What is Redshift? - by Lyuboslav Angelov 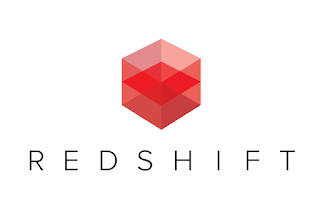 Go to any animation or vfx festival and you will hear hair-raising tales of super-long render times, of waiting for days on end for a single frame or batch of frames to render.

In reality, CG artists need our renders to be as quick and efficient as possible.  Long render times increase our costs and take too much time to get things done.

Recently, Bucks animation undergraduate Lyuboslav Angelov has been getting great results from Redshift, a new rendering tool - which has also been adopted by leading London studios such as Blue Zoo. We asked Lyuboslav to explain how Redshift works and how students can benefit from its speed and simplicity.

How is Redshift different to other renderers?
Firstly Redshift is a GPU renderer which essentially means that it uses the graphics hardware of a computer to render images rather than how traditional rendering has been done in the past 20-30 years by using the processor (CPU).

Graphics cards are designed for number crunching, using many compute units in parallel making them much faster than CPUs. Because of this Redshift can be anywhere from 2 to 10 times faster at rendering a scene than say Renderman or Vray.

Now GPU rendering technology is not new, there are more renderers, Octane being the more popular of the few that have been around for quite some time now. What separates Redshift from those other GPU renderers is that it is a biased renderer. Biased meaning that it uses light approximations, blurring and other clever techniques to greatly decrease rendering time but also produce noiseless renders with very few samples, similar to Vray and Renderman. Unbiased renderers or sometimes called “physically accurate” renderers like Octane, Maxwell, Indigo etc. calculate light as accurately as possible by shooting rays in the scene until it looks good - which takes considerably more time.

Apart from that, Redshift uses an out-of-core architecture allowing it to use system memory (RAM) once the GPU memory is exhausted. The reason why GPU renderers have not been used in huge productions is because they were confined to the limits of graphics memory. Redshift eliminates that barrier, allowing scenes with terabytes of textures and billions of polygons to be rendered without a hitch.

Is there an online tutorial which explains how to get started?
Redshift offers an introduction tutorial on their YouTube channel - https://www.youtube.com/channel/UCNVG1sX7DVAMYfHGqyB3VVg

As its popularity grows there is also now professional training for Redshift from The Gnomon Workshop - https://www.thegnomonworkshop.com/tutorials/introduction-to-redshift-for-maya

Apart from that, if you have had previous experience with other rendering engines, the online documentation is absolutely brilliant and will pretty much tell you what you need to know to do most things -http://docs.redshift3d.com/Default.html

For beginners, Redshift is a great way to get introduced to rendering. Although there are not that many free tutorials, the simplicity and speed of redshift is a very appealing aspect especially for impatient learners.


For more on the experience of studying at Bucks New University, come and visit us at one of our Open Days, take a virtual tour of one of our animation studios, check out what our students think of our course, and see why we're ranked in the top 12 creative universities in the UK.