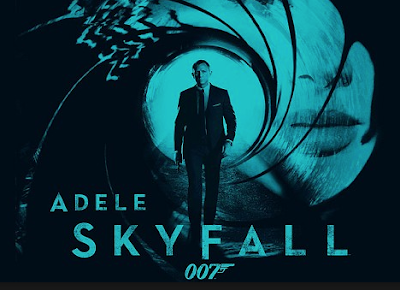 Diarmid Harrison Murray was the keynote speaker at last week's BlueGFX Expo at London's South Bank. He was there talking about the title sequence for Skyfall, which he directed, tackling the project with a small team at Framestore, one of London's leading visual effects houses.

Below is a rough (and hopefully accurate) transcript of his talk, in which he explained how he managed to pull off the animated titles for the latest installment in the world's most successful film franchise.

Diarmid explained that the client brief for the title sequence was "an homage to the past but with a modern twist". In other words, they needed to produce something in keeping with traditional Bond titles, but also modern and sophisticated. They settled on a look that was "dark and sinister, a single camera POV experience", reflecting the very personal nature of the Skyfall story. The client wanted it to feel "as if Bond's life was flashing before his eyes".

The budget for the title sequence was, as seems to be so often the case nowadays, not really enough to do the job properly. They had a small team, who had to do a ton of work between them. The core team was just six artists, and they only had three months - not much time to produce something that needed to be seriously impressive.

On top of that, it was effectively one long shot, hard to break down into sections. As every animator knows, long shots are the toughest, and the render times become incredibly unwieldy.

In addition, the client's master edit kept changing. The song, sung by Adele, was a big secret, and the team were not even permitted to hear the music for first 2 months – it was completely shrouded in secrecy. So it was only in the final month that they could actually time the animation to fit to Adele's song.

So how did they get started?  They began with mood boards, sketches and visual ideas to "get the creative juices flowing". Once the client had signed off on the look, they did a story board animatic. Then they shot the live action scenes with Daniel Craig. These were all filmed at Pinewood Studios over three days. They filmed in the famous underwater tank and also filmed green screen footage.

The CG animation was all based around the idea of a beating heart, pumping (through digital simulations) blood around the body.

One of the team's persistent problems was that the director was reluctant to commit to final approvals, leaving the overall look of the project in some doubt until near the deadline. The team did many early tests to get him "buy off" on the style - but approvals were slow in coming.

When the final deadline loomed, work became so frantic that some people on the team "did not go home for 3 days, they just slept in the offices". Or they simply got no sleep at all. Diarmid himself did an all-nighter at the very end, which he described as "Day – night – day – pub."

At the end of Diarmid's talk he was asked what was the biggest lesson he had learned on the project? He answered: "Working with clients, they routinely mess up your beautiful work. Being able to do this and not scream into a pillow is vital. And that goes for all client work".

(Editor's Note: You can read more about our trip to Blue GFX at the South Bank here. Among the highlights, we heard an excellent talk by Blue Zoo, the Uk's leading TV animation production co.  You can also find out more about how Framestore helped us to develop our new animation and visual effects course here at Bucks.)