At the recent BlueGFX Expo at London's National Film Museum on the South Bank, Blue Zoo founders Tom Box and Adam Shaw gave an excellent presentation about their BAFTA-winning young company - now the biggest TV animation co. in the UK.

Tom and Adam were very enthusiastic presenters, clearly excited about their company and about the future of TV animation in Britain. They also offered some excellent insights into how animation graduates might go about getting a job with their fast-growing studio. Below is a rough transcript of their talk, plus some of the questions they answered at the end.

Blue Zoo are based in London's Soho. From small beginnings, they now employ 120 people, though as with most studios this goes up and down according to the flow of work. They have also won multiple awards – including a slew of BAFTAs.

They are a privately owned company, which offers their owners a huge degree of creative control over what they do. Unlike many of their bigger rivals, their business structure allows them to plough their profits not into shareholders pockets but into the animation, ensuring high levels of quality and a strong creative agenda. 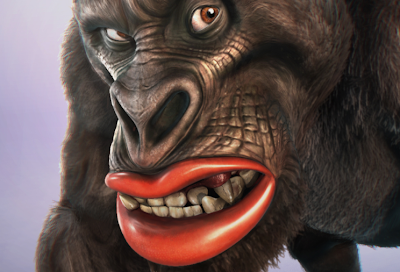 Tom and Adam studied at the NCCA in Bournemouth. In 2000 they founded Blue Zoo, even before they had graduated. To finance their small start-up, they got a loan from a family friend to buy the kit they needed to get up and running. Their timing was fortunate; they were looking to develop new ideas just as the BBC was setting up CBeebies.

Initially they specialised in low cost content, starting their first studio in a garage in Southend.When they began they had very basic equipment, and they had to hardware render all their shots (ie render them on their computer hard drives) since they could not afford a render farm (a so-called "farm" of computers, networked together to render out beautiful images, typically overnight).

Soon they moved to London and got themselves a single room in Regent St - their first studio, boasting four computers crammed into a tiny room. In 2003 they expanded, moved to bigger offices in Soho, and began to do more polished work. Soon they were making their own TV shows, doing 26 three minute episodes.

One of the first was Stitch Up Showdown – starring knitted characters which kill each other in hideous ways. It was a success, but the broadcaster was a bit panicked when the material was first delivered. They had to cut some especially controversial parts, and they never did get US distribiution. But Blue Zoo soon moved on to new things - they pride themselves on doing work in different styles, not settling in to any particular house style.

In 2010 they got even bigger offices. They did Olive, Get Scribbling, and lots more adverts. In 2012 they won a BAFTA for the Best Independent Production Co. Today, the company has three main areas, which overlap and interconnect. 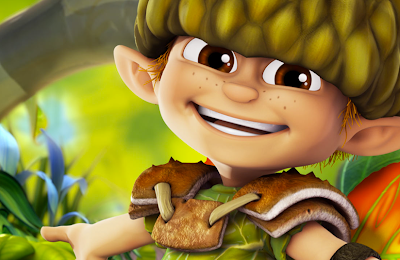 Blue Zoo do their editorial work in Avid, Final Cut and Premiere. It all depends on what the client wants, as the client will often want delivery of the raw editable files, so that they can make their own adjustments. To track their productions, and the progress of all the shots, Blue Zoo use Google Apps for production tracking. It’s free! And it works! 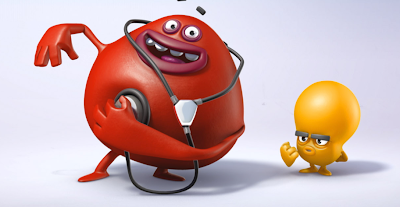 After the presentation, I asked them a few questions about recruitment. Specifically, What do they look for in animators?

The answer was, in a way, obvious. They want quality demo reels. And nowadays, they only look at online submissions. So don't mail in a portfolio - it will only get lost. Wannabe animators have to fill out an online form. And they say a personal statement helps – Blue Zoo want passionate people who really want to do the work, so a graduate who sounds really excited about animation - and about Blue Zoo - might just get noticed. However, they get literally thousands of applications each month, so the competition is tough.

So how do they weed out the reels they like? Well, it seems they don't look for long. They can usually tell “within the first 10-15 seconds” if they like a student's demo reel. That's not a long time to make a great impression.

My third question was - where do they hire from? Any particular schools?

The answer was - anywhere that produces great animators. They mentioned the NCCA, Teeside, Ravensbourne, and also overseas - they particularly like French students. Plus, they are closely working with Creative Skillset so they have something of a bias towards Skillset approved courses. But, in the end, they take the artists they like, regardless of where they come from. Also, they added, knowing someone at Blue Zoo helps. They like the "personal touch". If someone inside the company can vouch for you, it can be a huge help.

Finally I asked them how much an animator might be expected to produce on a TV series? The answer is, about 7 seconds a day, or 35 seconds a week. That's a lot of work. But then, they aren't outsourcing their shows to Asia, they are keeping the animation work here in the UK. We should be grateful for good quality jobs that aren't going overseas.

More power to their pencil (and pixels).

(Editor's Note: For more on creating a successful demo reel, check out our post on what studios are looking for here, and also the Sony Pictures guide to demo reels here. You might also watch our ten minute video on what goes into a great student demo reel.)