How to blow a job interview in 9 easy steps

By the time you get to being interviewed for a job, most animation and visual effects companies probably already want to hire you. Why? Because the thing that counts for most in getting hired is your demo reel. They are not hiring you for your good looks or charming conversation - they are hiring you for your skill and talent in digital media.

That said, interviews do matter. They are important mostly because this is the point at which many otherwise excellent candidates blow it, and throw a great opportunity away. How does this happen? Below are some of the most common reasons why candidates screw it up and fail to get hired. Read on and learn from other people's mistakes.

You'd be amazed how many people do this. Even at Bucks, we have candidates regularly scheduled for interview who don't turn up, or else turn up late. Why are people late? Often, they haven't figured out how long the journey might take. Or, they didn't leave enough time for getting lost. The problem is - first impressions count. I once turned up for a studio pitch in Los Angeles and my writing partner was 20 minutes late for the meeting on the studio lot, because he got lost on the way there. Needless to say, the studio executive did not buy our idea.

2. Show little or no interest in the job

A few years ago I was looking for animators at Cinesite for a talking dog movie - not the most glamorous of assignments, but decent bread-and-butter work, and a chance to get really, really good at animating lipsync. One of the animators we interviewed said yes, he wouldn't mind doing talking dogs for a while - as long as he could move on to more interesting work afterwards. Needless to say, we didn't hire him. Why would I hire someone who is doing me a favour by showing up?

Rule 2 - Only interview if you really want the job. Even if you don't, learn to fake it.

3. Fail to do any research about the company

I have interviewed candidates who appeared to know nothing, or next to nothing, about what the company actually did for a living, or what projects we had done. You can’t ask intelligent questions if you don't know in detail what the employer does. At the very least, you should check out the company's web site before the interview. And don’t ask questions that you should be able to answer with a quick Google search.

Years ago, when I applied to Blue Sky Studios for a job, I was just about to leave for the airport when I realised I had not watched their last film, Ice Age. Frantically, I speed-watched the film all the way through, just about got to the end, and ran for the airport. When I arrived at the interview in New York, I was interviewed by almost the entire animation department. Needless to say, they all wanted to know what I thought of their shots in Ice Age. What were my favourite bits? Did I like the film? I got the job.

Best of all, try to find out who might be interviewing you, and look up what they have done. A quick IMDB search will tell you who has worked on what. There is nothing like a bit of gentle flattery ("I really liked the work you did on Fast and The Furious 12") to make sure the meeting goes well. Everyone likes to be complemented on their work. And, knowing who your interviewer is shows that you have done your homework.

Rule 3. Do your research 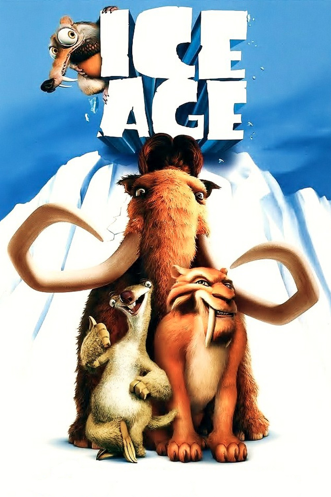 4. Talk about yourself at great length

As with dating, so it is with job interviews. No-one wants to hear someone bore on about themselves and their achievements. Listen carefully, speak when spoken to, and don't ramble. Interviews are not the place for lengthy anecdotes, however amusing.

Recently I interviewed a candidate at Bucks who kept me waiting at the reception desk for almost ten minutes while she finished her very important phone call. Needless to say, she did not get offered a place on our course. Why would I want to spend three years teaching someone who is so carelessly and obviously rude?


6.  Criticise your current (or past) employer.

Badmouthing your boss is a common and disastrous interview offense. Employers know that if you publicly criticise your current employer, you are hardly likely to be discreet about your next position. Even if you really hate where you work, or used to work, try to find something positive about the experience. After all, you must have learned something useful, however unpleasant the job.


7. Claim credit for things you didn’t do.

Never ever put work you did not do yourself on your demo reel. If you worked on a joint project, only show the shots that you did yourself. If you shared a shot with others, explain what you did (and did not do) in detail. Don't ever pass off someone else's work as your own. Our industry is a small one - you will get found out.

Rule 7 - Be honest about your work

An interview is rarely the place to talk about money, and you should never raise it yourself. Money is the next stage, once the company has decided they like you, and will typically be handled by someone in Human Resources. You may, however, get asked by your employer at your interview how much you were paid in your last job. Remember that you don't have to answer this question if you don't want to (especially if you weren't paid much). You can always be vague or evasive. Say "oh, the market rate", or ""I don't remember exactly - I'll have to check and get back to you".

Rule 8 - don't raise the subject of money at your interview


9. Tell your future employer your dream is to direct Hollywood movies

We all have dreams, but an interview for a roto tracking position or a running job is not the place to air them in detail. Entry level jobs involve menial drudgery, making tea and doing repetitive tasks. If you tell your future employer you want to be Steven Spielberg, they will think you are an unrealistic dreamer. Much better by far to tell them your dream is to be a well-rounded visual effects artist. This is a practical goal that they can actually help you achieve.

When I taught at CalArts back in the late 1990s, one of my most talented students blew a great opportunity at Warner Bros by doing exactly this at an interview for an entry-level position, saying he really, really wanted to direct. The producer who interviewed him was simply annoyed - everyone in Hollywood wants to direct. The job was a production internship - doing the boring stuff that no-one else wanted to do. Needless to say, my student did not get the job.


This isn't an exhaustive list, of course. There are as many ways to mess up an interview as there are stars in the sky. But these are some of the most common errors. Learn from the mistakes of others and don't repeat them.


(Editor's Note: For more practical advice on careers, read about what our graduates had to say at the recent Graduate Panel. Check out this post on how to set up an small business. Also learn about your first client project, read out our post on Portfolio Careers, and read this piece on Survival as a Freelancer. Study the nuts and bolts of freelance life by reading our guide to invoicing clients, and our guide to freelancers and taxes.  For more on careers in general, check out our guide to animation careers here, and also take a look at this map of digital studios - a great place to start your search for work in the business. Finally see our article on the jobs page at awn.com )