Kalim Momen is one of our talented first year animation & VFX students here at Bucks. One of the first year modules that all our students must complete in order to graduate to the next academic year is Broadcast Animation, which tackles the part of our industry that used to be known (rather dismissively) as flying logos. By definition, Broadcast animation counts as animation, just as important as character animation, creature animation - or any other kind of animation. Broadcast animation is where many of the biggest modern digital VFX houses got their start. The brief for Kalim and the other students was to create a title sequence, using Adobe After Effects, for a famous movie - using titles, animation and design to create a sophisticated piece of work, something that could have been used for the movie itself.

Kalim chose Tim Burton's Edward Scissorhands, a film that helped to define the director's style and also launched the career of led actor Johnny Depp. We asked Kalim a few questions about his project, and how he came to create it.

Kalim: The reason why I chose Edward Scissorhands for the assignment is that it was one of my favorite movies from my childhood.

Bucks: What software did you use to create it?

Kalim: The software I used to create my first broadcast title creation assignment was Adobe CS6 After Effects


Bucks: How did you create the snow effect?

Kalim: The snow effect that I used is located in Effects and Presets, in a tab called Simulation. It is called t2_snownight2. What you do is you go to the tab called Layer and then scroll down to New and then scroll down and click on solid. When you have clicked on Solid, make the new Solid black After you have done this, drag and drop the t2_snowynight2 trap code SD presets effect on the Solid. When you do this, you will be able to customize your snowflakes to be big or small and you have the perfect background that never ends.

For the snow effect for the text in the video, first you will need a text: so you go to Layers, scroll down to New and click on Text.  When you have clicked on Text, a box will appear.  You write in any random name and, make the text colour white because you want the snow effect to look real before adding in the effect. 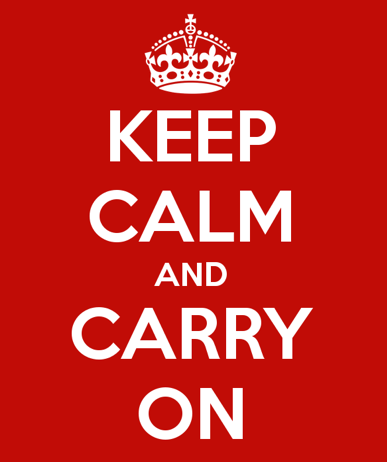 Bucks What tips would you offer to anyone trying to do an exercise like this one?

Kalim: Stay calm and and keep trying again and again. Making this effect was not easy;  there will always be some problems in After Effects that can be difficult to overcome, but stay calm and you will eventually find the answer to your problem.


Bucks: What were the biggest challenges in getting it done?

Kalim: The biggest challenges in getting this assignment done were the technical issues in After Effects that kept being a problem. For instance, when I was applying Effects in After Effects, the software kept on being difficult by closing itself down or sending up error messages. But I got through it all by remaining calm and, where necessary, asking a friend of a teacher for advice.