Alex Williams is Co-Course Leader of Animation & Visual Effects at Bucks New University. He is also working on an independent film project, My Haunted House, which is currently in development, aiming for a 2016 release. We asked him to tell us about the project, and what still needs to be done to bring it to the big screen. 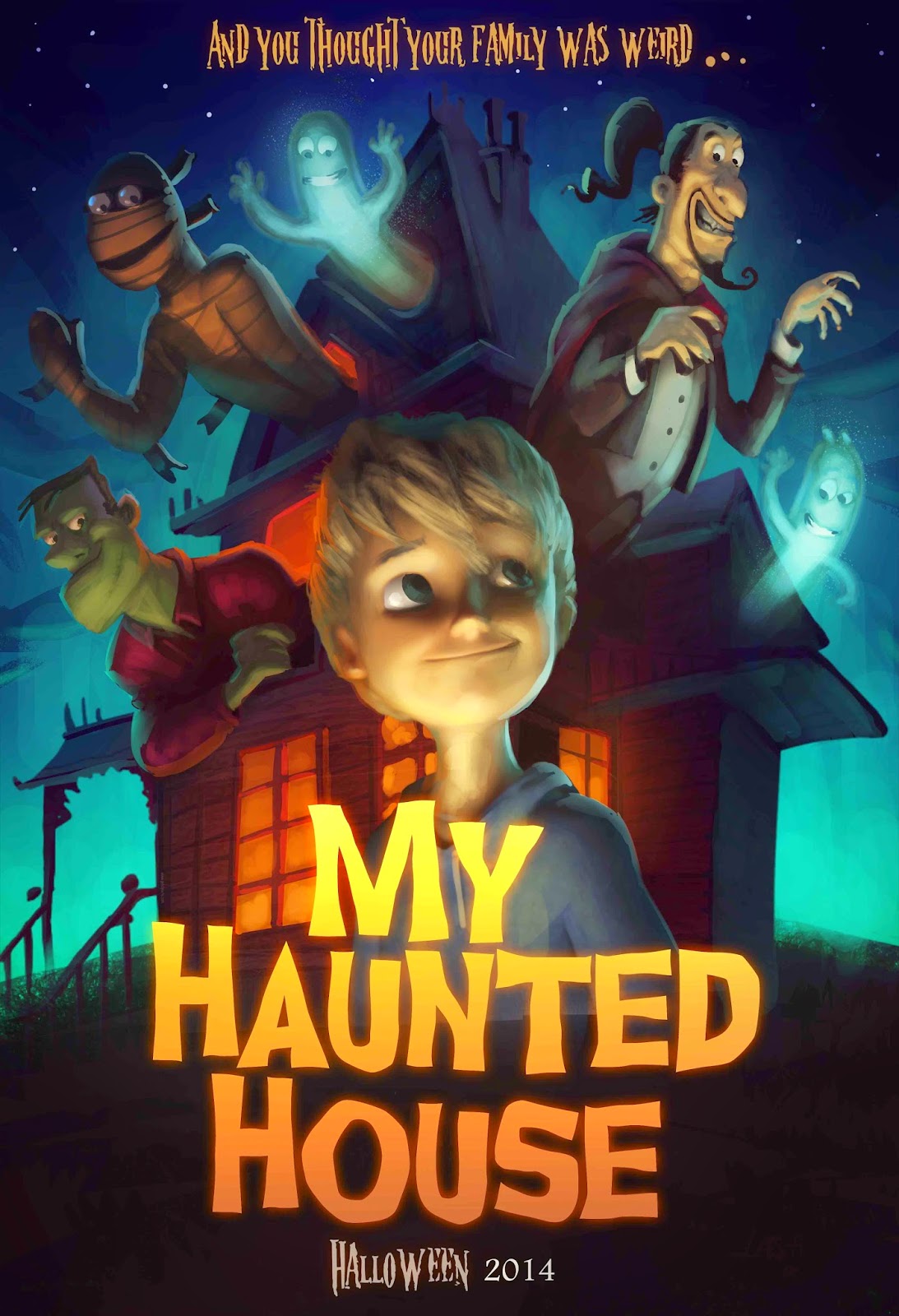 Bucks: What is My Haunted House?

Alex: My Haunted House is a feature film for theatrical release at Halloween in 2016. It’s a story about a boy, a perfectly normal 12 year old kid who just happens to live in a haunted house. His family are ghouls and ghosts – he’s the only one who’s normal. It’s a story about wanting to fit – and wishing your family were different, more normal like the other children. So, hopefully, a pretty universal story, really.

We’re co-producing with Denmark and we are in the process of putting the final budget together and locking down the finance structure. It’s hard work but it’s thrilling to be working on our own feature film.


Bucks: Can you explain the process of getting a feature film made?

Alex: The key problem of course is raising finance. You can’t just go to the bank and get a loan, you will need investors and partners, few of whom will likely take more than say 20% of the risk. So you have to pitch; to do that you need a great idea, ideally a high-concept “What if?” idea that will get your project noticed.

In the UK there is limited finance for new feature films, though BFI does offer some support via the National Lottery. But it is also possible to involve other European partners, and through them find foreign co-production financing. I highly recommend the Cartoon Movie forum in Lyon; it’s a kind of “Dragon’s Den” for animated films and it takes place in March every year.


The deadline for submission of ideas to Cartoon Movie is in November. I brought “My Haunted House” to the market at Cartoon Movie "in concept" and we had a wonderful response; lots of interest in the pitch - which we are currently building on. Our goal is now to go back to Cartoon Movie "in development" and see if we can raise the money to get it made. The budget is around £5 million, which is not a small amount of money to raise.

Bucks: Will students from Bucks be able to work on the film?

Alex: Absolutely! In fact, one of our recent graduates, Monika Dzikowicz, did some character design work on the film which is being featured in our presentation pitch. She did the design work as part of her in-course assessed work in her final year.


Bucks: When can we buy tickets?

Alex: Hopefully, if all goes to plan, the film will be out in theatres in time for Hallowe'en in October 2016.


To see the impressive work done by our students and recent graduates here at Bucks, check out SuperFergy in 3D by Anton Alfy, see the work of Jens Kopke,  Ben Gray's Moonbeam, and the architectural visualisations of Sabah Masood and Anton Alfimenko. Also take a look at the work of Andy Thomas here, see our latest commercial project for Rocketseed, our short film done for a global aid agency, and take a look at the excellent work of designer Monika Dzikowicz, architectural visualisation specialist Krsytof Michalski, Alex Whitfield and the 3D artwork of Mike Swan. And don't forget to see the simulation work of our students done in RealFlow. To see our student demo reel, click here.