Tom described Blue Zoo as a studio that, since its inception, has "refused to accept industry standards", and has forged its own path in the industry.

Recently Blue Zoo have been pioneering the use of real-time rendering using Unreal Engine - trying to find ways to make the production process faster and more efficient. 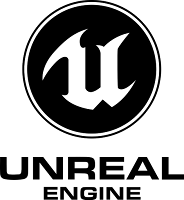 Unreal Engine
Unreal Engine is of course a game renderer, and has only recently come to be used by producton houses for animation and VFX work.  Traditional ray tracing renders like Arnold produce beautiful images, but at a cost - the cost being the time taken to render out the images. With Unreal Engine, projects can be rendered in real time. The time saved in rendering can be spent on higher quality in look development and animation.

Ada
Last year Blue Zoo released "Ada", an experimental short film directed by Dane Winn. Stranded on an arctic island with a dying man in 1921, an Alaskan seamstress must overcome her fears of the wilderness and find the strength to survive if she ever hopes to return home to her son. The film was inspired by the true story of Ada Blackjack. The film was rendered in real time using Unreal Engine - and (crucially) it looks nothing like a video game.

More about Blue Zoo
To find out more about Blue Zoo, see this post on how they stay creative as a studio.  You can also read about what the challenges are of running an animation studio, and how they put together QPootle 5, one of their animated TV Series.

Some of the tips are pretty obvious (number 1 is "turn up"), but overall this is a useful and informative read on how to approach potential recruiters at an industry event.

When you meet a recruiter you have a chance to make an impression, and become a real person rather than just another anonymous cv in someone's inbox.  Our industry is a people industry; it's much easier to find work if someone on the inside knows you and feels they are likely to be able to rely on you.  Getting to know the recruiters is an important first step on the animation career ladder.

To see what Blue Zoo has to say about impressing their recruiters at the the stand, follow this link.

For more on the experience of studying at Bucks New University, come and visit us at one of our Open Days, take a virtual tour of one of our animation studios, check out what our students think of our course, and see why we're ranked in the top 12 creative universities in the UK.
Posted by Alex Williams' Animation Blog at Tuesday, November 26, 2019