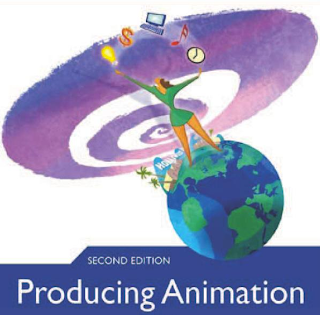 Zahra Dowlatabadi is an animation producer who literally wrote the book - "Producing animation" - co-authored with Catherine Winder and edited by Tracey Miller-Zarneke. In this recent interview  at our sister blog FLiP, Zahra talked about her book and what lies behind a good producer of animation. 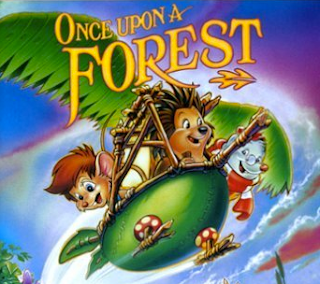 You wrote the book "Producing Animation". How did that come about and what made you want to write a book?

Zahra: Producing Animation was Catherine Winder's idea. Initially I met Catherine on the feature film Once Upon A Forest. It was a very challenging production that was animated in five countries. Catherine and I were counterparts as production managers in Los Angeles and Taiwan. At that time the main mode of communication was fax, so often I would come to work to be greeted by a sea of paper.


Our relationship could best be described as contentious. Why? Because unfortunately the production was more about finger-pointing and less about collaborative thinking and action. Catherine and I worked on a number of projects after Once Upon A Forest, and we discovered one consistent problem: on every new production the wheel was getting re-invented, and so we were all paying the price of inept production methodology, over and over again.

We decided to write Producing Animation in order to share our collective experiences, and to offer possible production scenarios that can be tailored for individual projects, ranging from TV series to Direct to Video and feature film releases.


You collaborated with two other writers, Catherine Winder and Tracey Miller-Zarneke. How did you divide up the work?

Zahra: Catherine is truly a visionary producer. I have no idea how she was able to be the president of an animation studio, produce a feature film and, in addition, co-author a book. Much of her expertise comes from her vast experience working on numerous projects for the likes of George Lucas, Chris Meledandri, Peter Chung and Ralph Bakshi - to name just a few. Tracey Miller-Zarneke is a dream editor with exceptional writing skills and enormous patience. We all brought our own particular field of expertise to the book.

You produced the film Quest For Camelot at Warner Bros Feature Animation back in the '90s. How was that experience?

Zahra: I learned a great deal on Quest For Camelot. Much of that experience fueled the writing of Producing Animation. The talent that was gathered for this feature film was truly remarkable and you will find many of the artists on that film continuing to contribute to the animation industry and winning awards - acknowledging their unique skills.

Quest For Camelot was in many ways the same story as Mulan, but it fell short because it lacked an authentic vision. But I remain grateful for having had the opportunity to have worked on the film.

What are the challenges that are unique to a producer, and how do you overcome them?

Zahra: In our book we have an entire section devoted to what makes a good producer. There are many excellent quotes from industry luminaries but one of my favorite is by the writer Dave Reynolds, who worked on Toy Story 2 & 3, and Finding Nemo:

"Having a good producer in animation is like having the greatest sherpa going up Mt. Everest. In fact, a producer once carried me up three flights of stairs after a particularly grueling screening. Little did I know that as he nursed me back to health, that he had also given me two pages of detailed notes on the second act. Now that's a great producer".

What advice would you offer to anyone to wants to become an animation producer?

Zahra: Love the process. Dive in and learn as much as possible.


What project(s) are you working on now?

Zahra: I am producing a TV series for Fox 21/Comedy Central at Bento Box Entertainment. The way this production has been set up is similar to walking into a zen garden -- all exquisitely thought out -- and in short, a complete pleasure.


You can buy Zahra's book, Producing Animation, now in its second edition, here, or find it in the library at Bucks. For more on the experience of studying at Bucks New University, come and visit us at one of our Open Days,  take a virtual tour of one of our animation studios, check out what our students think of our course, and see why we're ranked in the top 12 creative universities in the UK. Find out why we're giving free laptops to all our students, and why we give all our students free access to videos at Lynda.com. Also, see what financial assistance might be available to you. Learn which is better for animation, a PC or a Mac? Get hold of a copy of a map so you can find your way around campus, and learn about motion capture at Bucks. And find out about how our online video tutorials work.
Posted by Alex Williams' Animation Blog at Thursday, August 28, 2014