Bucks lecturer Alex Williams talks about his work on Paddington

Bucks animation lecturer Alex Williams contributed some early design work for Paddington, the new feature film about the much-loved bear created over 50 years ago by author Michael Bond. We asked Alex to talk about what he did on the film, which is released in theatres in the UK today, and how he managed to work on a major motion picture while lecturing on animation at Bucks.

Bucks: How did you manage to work on Paddington while working at Bucks?

Alex: Well, the short answer is: I didn't. In fact I worked on Paddington some years ago, while I was working at Cinesite, one of the big London visual effects houses. At that time the director Paul King was still trying to put the finance together for his film, but he had secured the rights from the author Michael Bond, and he had a script, which we were told was sticking very closely to the original character in the books.

So, what King needed from Cinesite was visual development, some help to get the look and feel of the movie right. I was working on Marmaduke at the time, but I was asked to help out by doing some sketches of Paddington, to try and get a feeling for what he might look like in the movie. Was he old or young? Cute and cuddly? Did he look like a real bear? 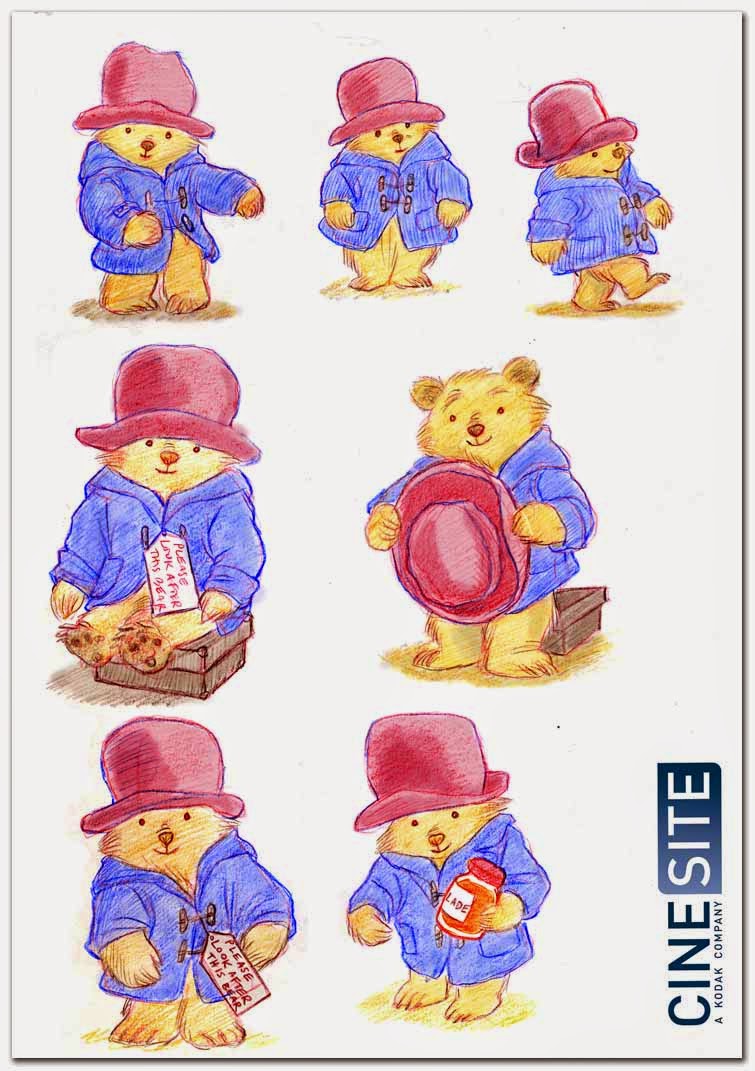 Bucks: What sort of thing did you do?

Alex: The central conceit of the books is that Paddington is from "Darkest Peru" - ie he is a newcomer who doesn't fully understand the world he is now inhabiting. He is guileless, utterly without malice, but leaves a trail of destruction behind him.

So, my job was to try to capture this innocence, and show Paddington as this cute adorable bear who unknowingly causes disaster.  I did lots of design work and also some story panels, which then got worked up into matte paintings by the very talented 2D paint department at Cinesite. 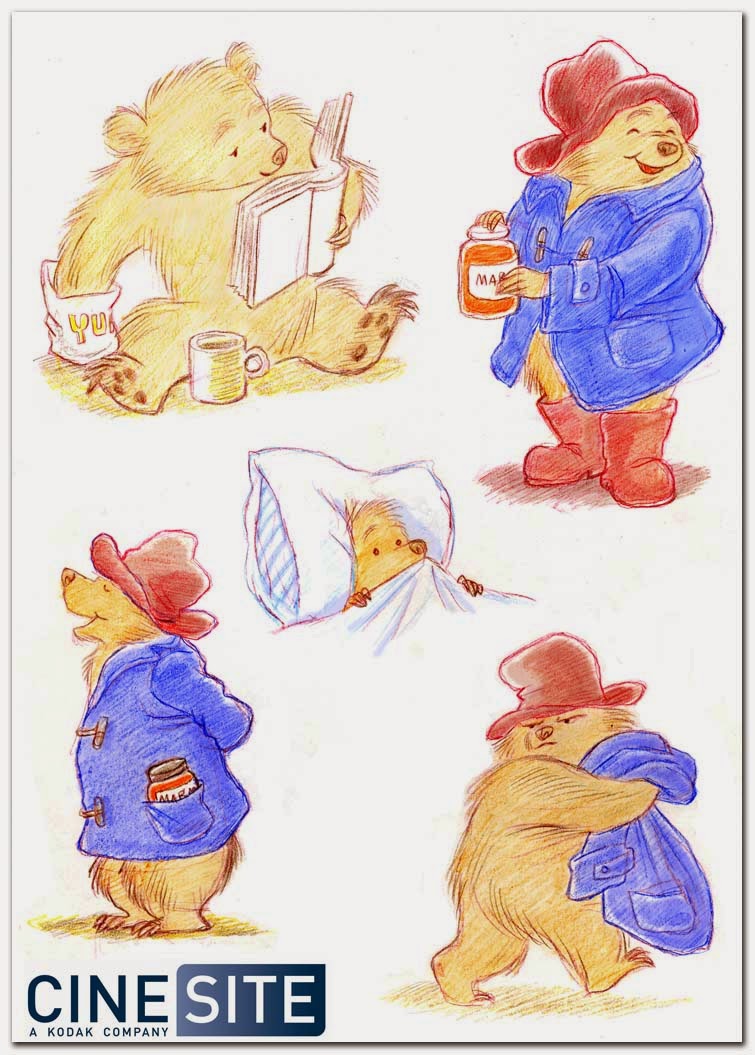 Bucks: How did you get started?

Alex: I started by referencing the original illustrations done by Peggy Fortnum, and later by other artists. I also used stills from the 1970s TV series as reference. In the TV series, Paddington is much younger, just a toddler really - really cute but just a baby.

In the TV series, he has this really cute walk where he sort of leans backwards and waddles along. The TV animators made him even more tiny and cute than he had been in the books. One question was - how old should he be? A baby, a child, or a teenager? 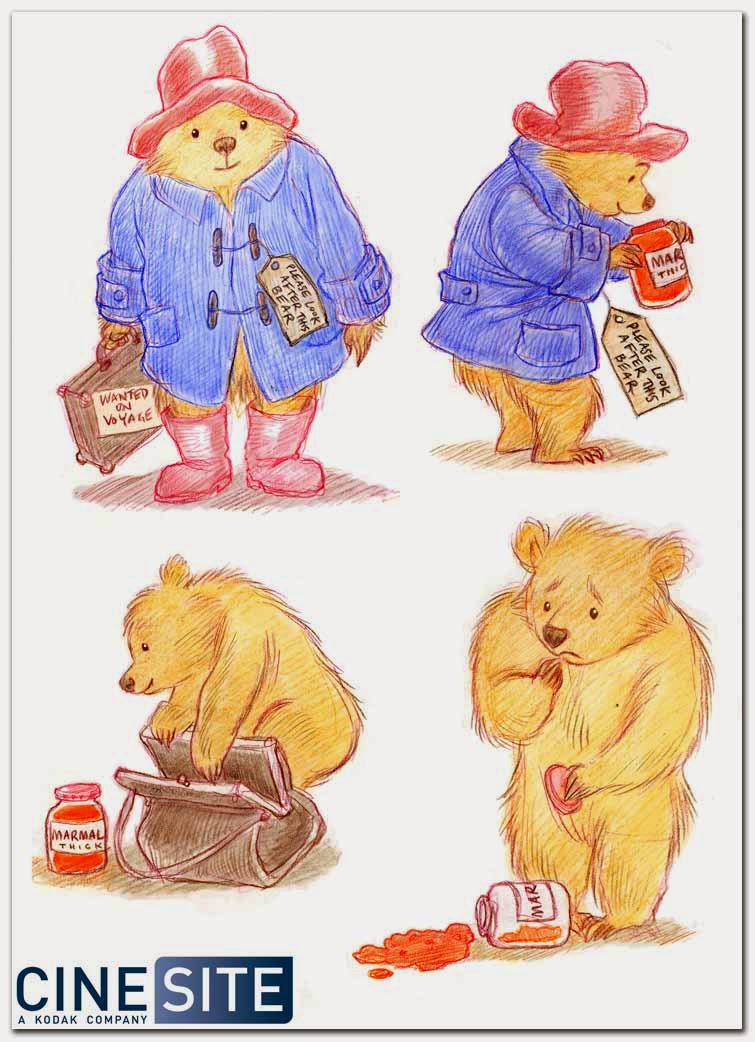 I also did some expression sheets, to explore how Paddington might look if he was angry, sad or happy - or indeed expressing any kind of human emotion. How do you express human emotion in a bear? This is especially tricky in a CG movie, where you have to strike a balance between cartoony cuteness and photorealism. A CG bear like Paddington is a blend of realism and anthropomorphism, but where you strike the balance is really the hard bit. The devil is always in the detail. 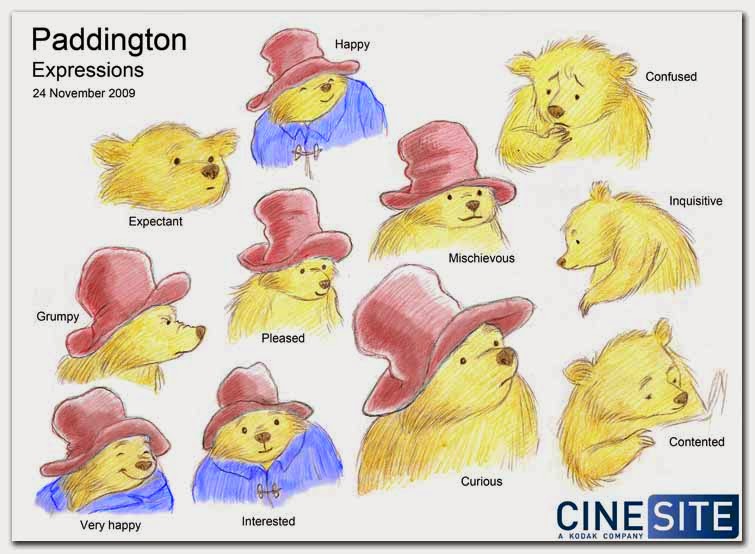 Bucks: So what happened? Did Cinesite get the job?

Alex: No. You won't see Cinesite in the film credits,  or my name for that matter. The reality is that this happens all the time in the visual effects business. VFX houses like Cinesite have to pitch for work every day, often spending a lot of time and money on the process. In the end, the job went to FrameStore, who are of course one of the finest VFX houses in the world. I have not seen the movie yet, but I have no doubt they did an excellent job.

For more on the experience of studying at Bucks New University, come and visit us at one of our Open Days,  take a virtual tour of one of our animation studios, check out what our students think of our course, and see why we're ranked in the top 12 creative universities in the UK. Find out why we're giving free laptops to all our students, and why we give all our students free access to videos at Lynda.com. Also, see what financial assistance might be available to you. Learn which is better for animation, a PC or a Mac? Get hold of a copy of a map so you can find your way around campus, and learn about motion capture at Bucks.