What is the Purpose of Animation Dailies? 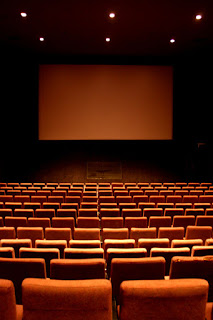 Animation dailies take place each morning, when artists working on a project meet-up to share their work in its current state. The purpose is to make sure everyone is moving in the right direction and to get feedback from the director, client, producer or supervisor. Think of it as a critique session where everyone watches everyone else's work.

Dailies can take some time to get used to. For newbie animators, having your work critiqued on a big screen in front of all your colleagues and peers can be very intimidating.

Your first instinct will be to hide under your chair, and say nothing. But to thrive and prosper, animators must learn how dailies works, and how to make the system work for them.

Below are our tips to get the best out of animation dailies.

What are Dailies?
In filmmaking, dailies are the raw, unedited footage shot during the making of a motion picture. Dailies serve as an indication of how the filming and the actors' performances are progressing. In live action, they were traditionally called rushes, because the film was rushed to the lab to be developed for viewing the next morning.  Animation Dailies were known at Disney in the 1930s as "sweatbox", because the film was played through a moviola in a hot, sweaty room, and some animation studios - such as Blue Sky Studios - still use this term.

Dailies are usually held in the morning, to review the animators' work completed the previous day. Generally, shots are viewed in continuity, to see how they play in the overall edit.  Notes are given by many people, often in a very informal way, but mostly dailies are where the animators get notes from the director on how their shot is progressing.

Rule One: Speak Up
When your shot comes up, speak up, and explain what you are showing. The director doesn't know where you are at with your shot. It may be rough animation, rough blocking, blocking plus, or ready for approval. If it's your first rough blocking, say so. If there is a second character who isn't there, or some obvious body part that hasn't been animated, explain what's missing. Don't assume that the director knows what you have or haven't done.

Rule Two: Take Notes
Animators will almost always get some notes, often many notes. So, bring a note pad, and write down the director's notes; if you don't write them down, you won't remember them later.  Make it clear to the director you're writing them down; everyone will relax, knowing you're making a list.

Never assume that anyone will write up the notes for you; a production assistant may type the notes up later on in the day but, as often as not, it comes out as gobbledegook.

Rule 3: Ask Questions
If you don't understand the note, don't be afraid to ask for clarification. But don't ask twice; your shot is just one among many, and the director has many shots to get through.

Rule 4: Add a Frame Counter
Turn on your frame counter when you make a Playblast in Maya. Your frame counter makes it much easier for the director to give notes, because they can refer to a specific frame.

Rule 5: Explain your Changes
When presenting your shot for a second (or third) time, tell the director what changes you have made, and also explain if there are things you haven't done yet.

Give the director an update and make it clear that you remembered their note from the previous day and have made a change - or explain if you haven’t had time to address it yet.  The director needs to learn to trust you, and no one wants to give the same notes twice.

Rule 6: Your Opinion Counts
You shouldn’t be afraid to contribute your feedback and give your fellow artists constructive criticism. This can be hard to do at first, when you’re new to the industry, but if you have a good idea to make a shot better - speak up. People appreciate positive feedback, and no-one knows where the next great idea will come from.

Rule 7 - Don't Nitpick
That said, don't nitpick little stuff. Dailies is the place to identify problems, but there isn't the time for an in-depth critique of each shot. It's usually enough to identify something that needs fixing, and move on.  There are generally lots of shots to get through, and not enough time for a detailed review of all of them.

Rule 8: After Dailies, Action the Notes
You've written down the notes; you've made a checklist. Go through your list, starting with the easy notes first. Fix your shot, one note at a time. Leave the hard stuff to the end. Try to get through all the notes by the end of the day so that you have fixed all the problems with your shot.

Rule 9: Don't make big changes without the director/clients approval
It's easy to drift off target; try to focus on the changes the director has asked for, and don't get sidelined into trying out different ideas.  It's easy to throw the baby out with the bathwater.  It's OK to try new stuff, but don't waste time on something the director hasn't asked for and may not want.

Rule 10: Be Positive
Dailies can be a frustrating experience. Too many shots to review, too little time. Too many problems to solve, and too few resources to deal with everything that you'd like to fix. so keep it upbeat and positive, and send the message that you're doing your part to make the project a success.