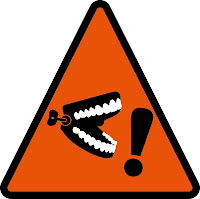 Last night was the opening of a new exhibition at London's Cartoon Museum, titled Laughter Lab: What’s So Funny?, which seeks to "uncover the science behind funniness".
The exhibition invites visitors to contribute to a science experiment which hopes to find out what makes a cartoon funny.
The experiment is being conducted in collaboration with Robin Dunbar, Professor of Evolutionary Psychology at the University of Oxford. What makes us laugh? It's a complex question, with some surprising science behind it.
About the Cartoon Museum
The Cartoon Museum is a London museum located at 63 Wells St, Fitzrovia, dedicated to the art of cartoons, caricatures, comic strips and animation.  The museum is owned and operated by the Cartoon Art Trust, who also host the annual Cartoon Art Trust Awards.

The Cartoon Museum has a collection of over 1,700 original cartoons and prints, ranging from James Gillray and William Hogarth in the 18th Century to the Beano, Viz and Spitting Image.  The permanent collection currently on display was curated by The Guardian's Steve Bell.
Cartooning as an art form was very much a British invention. As the first country to end censorship, in the late 18th Century, political satire was born, alongside a free press.
Laughter Lab
The Laughter Lab is being conducted in collaboration with Robin Dunbar, Professor of Evolutionary Psychology at the University of Oxford; the experiment seeks to recruit the general public to uncover the science behind laughter.

Is ‘funniness’ an objective quality which is dictated by the science of our minds? Or is laughter something spontaneous and deeply personal?  Visitors will help to uncover the answer by casting their vote on a collection of cartoons from The Cartoon Museum collection.

The results will be analysed and published by Professor Dunbar at the end of the exhibition.
For more on the experience of studying at Bucks New University, come and visit us at one of our Open Days, take a virtual tour of one of our animation studios, check out what our students think of our course, and see why we're ranked in the top 12 creative universities in the UK.
Posted by Alex Williams' Animation Blog at Tuesday, December 14, 2021