Rex was born in Canada, and he started out in animation as a kid in the 1970s by animating Lego bricks, one frame at a time, and bringing life to his Lego spaceships. Later, he started doing computer animation in the 1980s, when the CG industry was just beginning. He studied animation at Sheridan, just outside Toronto, a school which is now recognised as one of the best (some say the best) animation schools in the world. What did Rex learn at Sheridan?

Lesson Number One: “If at first you don’t succeed, try try again.”

In other words, as he put it, you have to "keep banging on the door". As a graduate, he was rejected by Disney, but did not let that stop his career. At Sheridan he worked on group projects and "learned to be a great collaborator". As he put it, part of the job of being a film-maker is "helping other people to be great". In other words, you have to "play well with others".


Lesson Number Two: “not all leadership is great leadership”.

In other words, if you find that your boss is not supporting you and mentoring you…go elsewhere.There are plenty of bad bosses out there - so find the good ones. He also learned....


Lesson Number three: “take advantage of any opportunities that get you closer to where you want to be”.


In other words - be prepared to move, to travel, to take a job that sounds interesting even if the pay is terrible. It might be a “real turning point in your career”. Rex went to Frankfurt, Germany, to a company which had "lots of startup money and a beautiful office". But it had too few artists, too much management, and the animators had to work super hard to support the rest of the organisation. However, he learned the value of teamwork, working hard on fourteen productions, and he also learned:


Lesson Number four: “take care of the people you work with. There is no room for petty grudges in the workplace”.

Rex explained that in Frankfurt he He fell out with one of his colleagues, but did not (as he put it) "have to skills to resolve the situation". He was trying to be creative, but was in an unpleasant dispute, and he described this as "the wrong energy" for a studio. So, learning from his mistake, he "worked hard to make sure that the same thing never happened again". And, he says, he has been successful.


Rex Built up a portfolio to apply to PDI in 1988. Pacific Data Images was a pioneering studio in the Bay Area of San Francisco which mainly animated flying logos, but had also pioneered some early digital character animation. He joined the studio (at the time they had about 30 employees) and he learned from Jim Henson’s Muppets how to bring a character to life. The Muppet puppeteers had few resources at their disposal, but they made it work, and created great acting and personalities.

Then, when ILM said no to a big project, which they had described as  “impossible", PDI snapped it up, and proved that CG character animation could be made to work. Of the team that pioneered this, all them "went on to do great things later on". His friend Glen went to Pixar where they were making Toy Story and he said to Rex “you gotta come here”. So Rex followed Glen to Pixar and was blown away by the ambition of Toy Story. And that was where he learned:


Lesson Number Five: “Think big. If no-one else is doing it…that’s where innovation starts. That’s where you want to be." 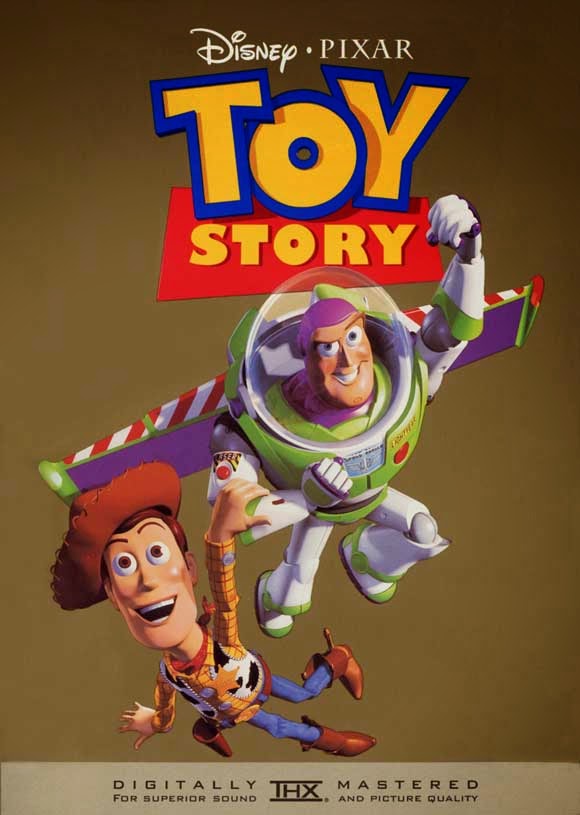 So Rex went to Pixar, where he "took a big pay cut", but got to work on Toy Story. The studio was having "trouble with footage", ie struggling to get the animation done. Rex was fast and he worked on Toy Story for twelve months, animating a "huge number of shots" on the film. It was at Pixar that he learned Lesson Number Six.

Lesson Number Six: “How a director can inspire a crew”.

Rex described director John Lasseter as being “lovely to work with”. He was always "clear about what he wanted, and had a "natural way of working with artists". Meanwhile, working as an animator, Rex learned Lesson Number Seven.


Lesson Number Seven: “40 hours is a lot of time if you learn to focus”.

In other words: "Learn to concentrate". Rex described other animators as "watching TV" while they worked, or "listening to music". If you can really focus, he said, "you’ll be untouchable". If you can’t, "you’ll be wondering whether you get sent home at the next round of studio layoffs". So a good artist has to make the hours count, and really focus on their work.


Lesson Number Eight: “work with visionary artists when you can. Then be one yourself”.

Of course, this is easier said than done. But, after working at Pixar, he got to do ANTZ at PDI. As he put it: "If you get the chance, grab it" Taking an opportunity "does not mean you are taking someone else's job away". You should feel bold and grab the opportunity. 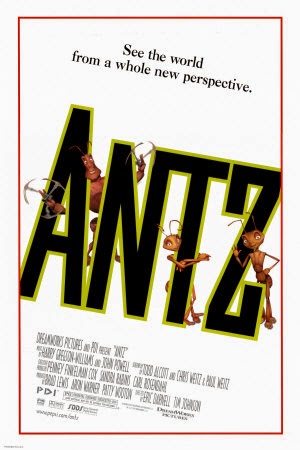 After ANTZ he worked at PDI on the feature film Tusker, an adventure comedy film that never got made. It was, as he said, "an awesome project", but it did not get into production. During the course of it he developed a trunk rotation system for the elephants, using sliders, which helped to realise many of the blend shape tools which 3D animators take for granted today.  Meanwhile, Shrek won an Oscar. Soon, the studios were shifting towards 3D animation, and many of the great 2D animators began to learn 3D, such as James Baxter, Simon Otto, Sergei Kouchnerov. James Baxter in particular "learned 3D animation in a few days". He is “from another planet”, as Rex put it. 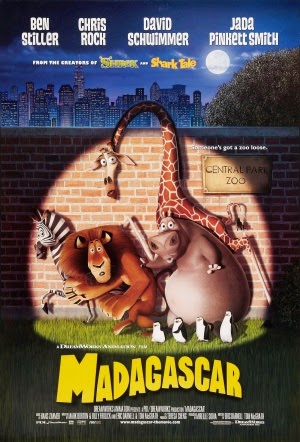 Then Rex did Madagascar. And here, working at DreamWorks, he learned Lesson number Nine.

In other words, you have to keep pushing yourself, to make things better. "Something has to change". Before Madagascar he "talked to lots of 2D artists and asked them how they would approach the film in 2D". After that, working with them, they "changed everything about animation". Rex wanted "something far more fluid and snappy" than they had been able to achieve in the past. They wanted a "new style for DreamWorks". The facial rigs in particular "got much more flexible", which a much greater range of expressions. The new shapes were "much broader." They did "Lots of tests for the Madagascar animals, pushing the new broad cartoony style.

In Madagascar, Rex wanted the animation to carry more of the film. In Shrek and ANTZ it had really been all about the writing, but now he wanted the performance to be as important as the script. 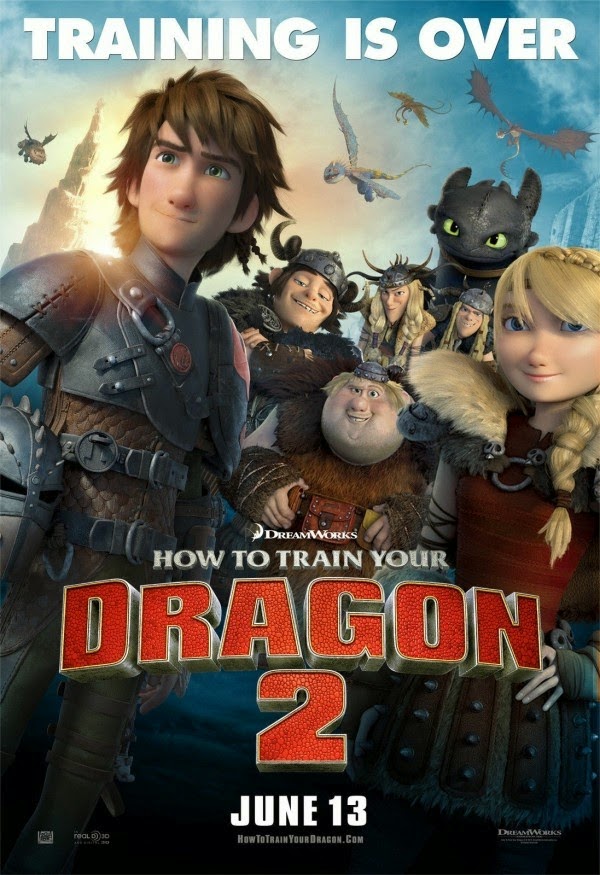 Recently, Rex has been working on the "Next Gen" software for DreamWorks, upgrading the studios animation tools. The latest results can be seen in “How to Train Your Dragon 2” which, in traditional Hollywood style, he urged everyone to go and see.

For more on the experience of studying at Bucks New University, come and visit us at one of our Open Days,  take a virtual tour of one of our animation studios, check out what our students think of our course, and see why we're ranked in the top 12 creative universities in the UK. Find out why we're giving free laptops to all our students, and why we give all our students free access to videos at Lynda.com. Also, see what financial assistance might be available to you. Learn which is better for animation, a PC or a Mac? Get hold of a copy of a map so you can find your way around campus, and learn about motion capture at Bucks.

For practical advice on making it as an animator or digital artist, read about what our graduates had to say at the recent Graduate Panel. Check out this post on how to set up an small business. Also learn about your first client project, read out our post on Portfolio Careers, and read this piece on Survival as a Freelancer. Study the nuts and bolts of freelance life by reading our guide to invoicing clients, and our guide to freelancers and taxes.  For more on careers in general, check out our guide to animation careers here, and also take a look at this map of digital studios - a great place to start your search for work in the business. Finally see our article on the jobs page at awn.com.