From the beginning, animators copied Chaplin's work. Felix the Cat, the original cartoon super star (he was as big as live action stars like Chaplin himself) was based on Chaplin’s timing. At the Disney studio, Walt recognised the importance of having animators base their work on real life action analysis, and he pioneered life drawing classes at the studio. In effect, art classes became mandatory. Good animators are actors, and learning how the body works was vital to giving a great performance.

Thus it was a short step to look closely at Chaplin: - “the greatest pantomimist in the world”. Look closely at Chaplin's work, says Nancy, step through the images frame by frame, and you will see that "it's the little things that make his work great". The timing of even tiny gestures is vital, all carefully rehearsed and worked out in advance. Not for nothing had Chaplin honed his craft on the notoriously tough music hall stages of London, developing the character of The Little Tramp long before he went to Hollywood. 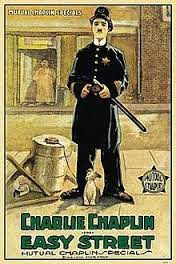 According to Nancy, Chaplin "was jealous of animated cartoons because their timing was perfect". Why? “because they never need to take time to breathe”. Some animators were so fascinated by Chaplin that they would go to screenings and watch him watching their work, to see how he reacted to what they did. Curiously,  Chaplain tended to laugh at the wrong times – not when the audience laughed. His own sense of humour was unique and individual.


At Warner Bros, Mike Maltese was a Chaplin fan. Director and animator Chuck Jones “grew up with Chaplin”, and idolised his work. He asked Chaplin about comic timing of a scene, and Chaplin told him: “you can make comic business out of anything”. After seeing The Gold Rush (1925), Jones told his artists to “steal from the best” - and Chaplin was the best. Some of the best work in Jones' short “Rabbit of Seville” is borrowed from scenes in Chaplin's “The Great Dictator”. 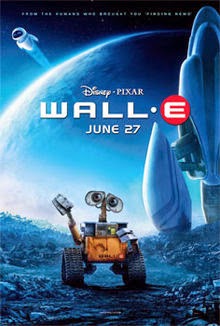 In the modern era, Pixar's Ralph Egglestone said that the team on Wall-e watched all the Chaplin films before they made Wall-e, because their film was essentially a silent film, and they needed to understand the secrets of Chaplin's success. Good animators "learn to make films read well without sound", because "the best animated acting is expressed through pantomime".

Here at Bucks, we work hard to make sure our students understand the important of learning pantomime animation long before they are given audio scenes to animate. Even when we animate shots with lines of dialogue,  the first exercise is always done with a character who has no mouth - to force the animator to use body language alone to bring the shot to life. Mastering the art of pantomime is still the foundation upon which any successful animator will build their career.