How To Enter and Win Animated Film Festivals

There is no better way for a student to launch their career in animation than to enter and win animated film festivals around the world.  However, as the competition gets tougher all the time, how does a student have a decent chance to enter their film, get noticed, and win prizes? We asked veteran DreamWorks storyboard artist Nassos Vakalis, whose short film "Dinner for Few" has been winning festivals all over the world, to explain the secrets of success. 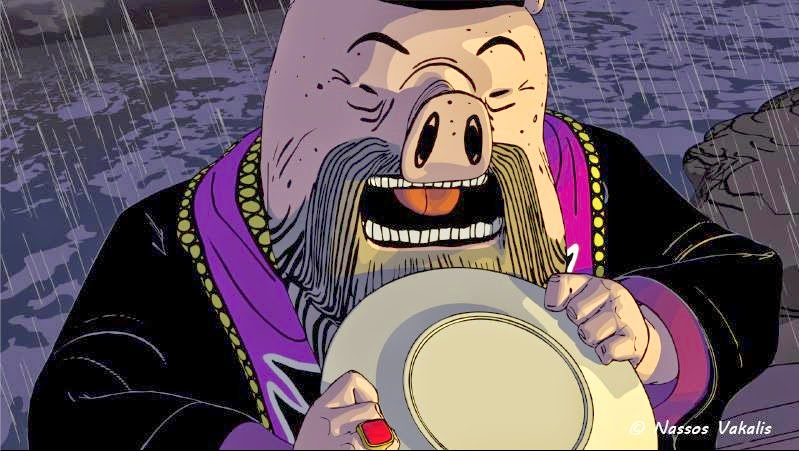 Bucks: “Dinner for Few” has been entering and winning festivals all over the world - how did you make it happen?

Nassos: Participating in the international festival circle is not an easy thing.  First I must point out that 99% of the short films produced now days are independent productions - which means they have only one avenue of reaching an audience and that is the film festivals. Only a successful festival run can guarantee the independent filmmaker some kind of  exposure, a possible distribution deal and even an opportunity for financing a next film.

Having these in mind you can understand how important is to get into the right festivals and not get lost at the film shuffle. After all, the most prestigious festivals receive thousands of applications every year, and it is very easy a good film to pass unnoticed, not just aesthetically, but even physically.

This is the second time I have run one of my films through the madness of the film festivals, and I think that I have found some simple rules which I feel can help anyone who is interested submitting his film into film festivals.

Before though, I must explain that there is generally one single path the film needs to take until it reaches an award in a festival. First you submit it within the submission period, then you wait till they screen the film and make a decision. If they like the film you get a notice that your film is an official selection. At the end, they award one or more films from their official selections.

But before you get there, you must first choose the right festivals to apply to. This has to do with the artistic direction of the festival itself, the theme the selection committee establishes and the genre of film-making a particular festival embraces, as well as the demand that many festivals have to premiere a film.

I must point out that there are big festivals and small festivals and though it is nice to be in both of them you must understand that big festivals receive thousands of applications. Some receive as many as 15,000 films each year, while smaller festivals can receive 300 to 500 films.

Unfortunately both kinds of festival only select a few, so as you can see it is much harder to get into a big festival, just because of the competition. This should not discourage you though and I believe you should not avoid or afraid of the big festivals since they provide the best exposure.

You should select the festivals that have been selecting films similar thematically to your film, you must understand that some do avoid certain subjects, and others like to show a specific genre of films like horror or environmental sensitive films. All these are listed at their regulations.  Having that in mind, it is always better to send your submission early enough, so you will avoid the higher submission fees, especially for the American Festivals. You should avoid last minute submissions since the later the film arrives it has less chance to get through the submission committee.

Keep in mind the premiere status that many festivals want to have, and try not to burn your film by sending it in to a smaller (and easier to get in) festival which is taking place earlier in the year at the same location/town/county of a big festival - thus disqualifying your film for a possible acceptance at the bigger and more important festival.

This alone is lots of work and requires keeping a calendar and tracking the screening days of each festival.

As far as submitting the film, I now prefer to do it via the online platforms. There are about 10 major online platforms that list hundreds of festivals and work with them, so you only need to open an account at the platform and put your information once together with uploading a screener.

When you select to apply to a festival, you pay a small fee for the platform, the festival fee, if there is one, and the platform sends your information to the festival together with a link to the screener. This is far more efficient - and cheaper - than trying to find the festivals individually, and apply to them via their own online application forms.

Not to say that nowadays most festivals tend to send you to one of the platforms to do your application. Though some festivals work with more than one platform, I recommend to open accounts to all of the platforms so you have a greater flexibility and a bigger pool of festivals to choose.

Remember though that there are still festivals that only accept submissions the old way, and if you want to apply, you will need to find them outside the online platforms.

At this point I must say that the best advantage of sending a link for review than the DVD screener is that this gives the opportunity to the festival committee to see your film as many times as they want and by many members of the submission committee. If you send one DVD, instead of the online screener,  that DVD will need to pass from one member to the other and sometimes not all members get the chance to see your film on time. This reduces your chances drastically since most festivals pass films in a majority rule. On the other hand, make sure the video you provide for the online link is of good quality. No one wants to see a film which is pixelated, has no sound or can't stream real time. 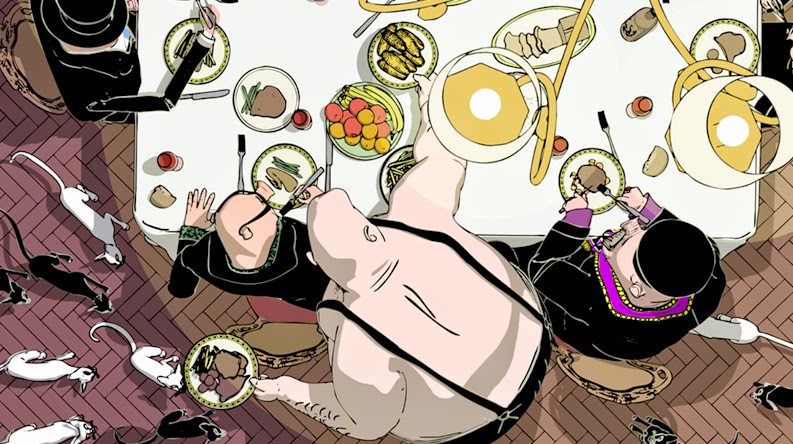 Bucks: What is the secret to applying? Is it just a numbers game?

Nassos: The only other secret to applying is that you should apply to as many festivals as you can or you  think you have a chance to get your film selected. Some platforms nowadays give you a free submission to the free festivals, or you can buy a season-long pass and submit to as many festivals you want.

There is a unwritten rule that the average film gets into 1 in every 4 festivals it is submitted to. So if you want to be in 25 festivals you will need to send 100 applications.

This might sounds a lot of paperwork, so this is where the platforms come handy. At the first run I had with HUMAN NATURE,  I submitted to a little over 100 festivals and received 25 official submissions - which is the rate I mentioned above. Things have been better with DINNER FOR FEW where my acceptance rate now stands at 1 in 2.3 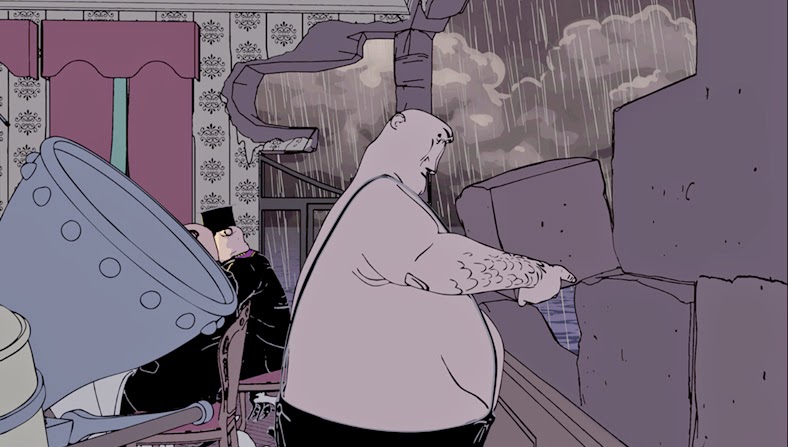 Bucks: What should the independent filmmaker need to know to break into the festival circuit?

Nassos: One of the biggest issues filmmakers face with the festivals is that they start getting the rejections and become disappointed, and lose their interest in the whole festival thing, thus failing to keep submitting the film to newer festivals.

Sometimes there are a number of negative responses till you get a positive one; that usually lifts your spirit and motivates you to continue with the process. I have heard of excellent films that started really badly because the filmmakers were not submitting the film to the right festivals or the festivals with the most chances to get in.

Another issue is the fees. Many American festivals have steep fees that vary for 5 dollars to over 75 and sometimes 100 dollars to submit your film.  This is because of two reasons: one is because they want to discourage "home made" productions, and the second is that they need money to operate.

Mainland European festivals charge usually nothing since most of them are funded by their governments or the EU.  So if you are in a tight budget you must be careful which festivals you choose and don't spend your money in regional small festivals that will might select your film but have nothing to really offer to you.

It is a balance game that you have to play wisely. Remember if you your film gets some nice festival exposure it is not unheard to be contacted by other festivals, big and small, to submit your film for free. 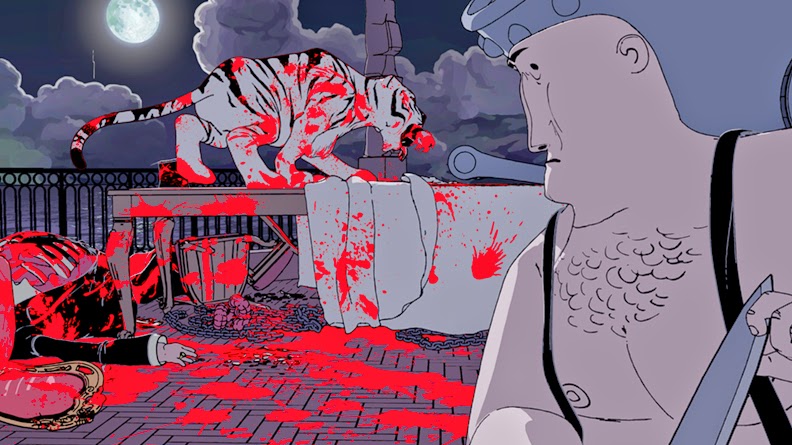 Bucks: What is next for “Dinner for Few?”

Nassos: More festivals. I think the film will be competing till the end of the year ( 2015).  We are also doing our Academy qualification screenings so we can submit the film for an Oscar consideration.  They will be in LA from January 9 to January 11.

Every filmmaker that wants his film to be consider for such an award must qualify the film and this is happening either by doing the public screenings in Los Angeles or by winning the main award in one of the festivals the Academy has selected as pre-qualification festivals.

As you understand, these are some of the hardest festivals to get in, not to say to win their main award. DINNER FOR FEW was lucky enough  to get into four of these so called academy boosters festivals; SITGES in Spain, CURTA CIMEMA in Brazil, Clermnot-Ferrand Short film festival in France and a fourth one here in the USA that I can't mention yet since their list of qualifying films is not publicly available.

I did win awards in both of the two first festivals but not the qualifying awards so I thought that there is too much uncertainty waiting for that to happen - and I chose to do the theatrical screenings for my pre-qualification.

The last think I want to mention is that a few festivals also run a market together with the screening events. So if you get in one of  these festivals you might get some distribution offers. Once of the biggest markets is happening together with the Clermont-Ferrand short film festival. Since the moment my film appeared in their lists I got a number of offers for distribution and this is a nice thing since there is now a audience for the film outside the festival screens.

To see the trailer for Dinner for Few, watch the video below:


For more on the experience of studying at Bucks New University, come and visit us at one of our Open Days,  take a virtual tour of one of our animation studios, check out what our students think of our course, and see why we're ranked in the top 12 creative universities in the UK. Find out why we're giving free laptops to all our students, and why we give all our students free access to videos at Lynda.com. Also, see what financial assistance might be available to you. Learn which is better for animation, a PC or a Mac? Get hold of a copy of a map so you can find your way around campus, and learn about motion capture at Bucks.